The Importance of Children’s Role Play

But why is role play so important in early years development? There are a multitude of reasons including allowing children to develop their personalities; learn through play; create relationships; and communicate effectively.

Role play is a great way to harness a children’s imagination and encourage it to flourish. It also allows the child to take the lead in a situation, be creative and push the boundaries. Additionally, it can also start to teach them about real life scenarios and plant the first seeds of empathy for others in a variety of situations. There are multiple benefits to children’s role play and it’s considered integral to early years development.

So how can you help to encourage children’s role play? We’ve put together a few suggestions of tools and equipment which can actively encourage role play for children.

Dressing up outfits are readily available and often for quite cheap too. Either at home or in the classroom, having a variety of dressing up outfits is a great way to capture the imagination of young children and let them act out the characters in whatever scenarios they can dream up.

There is a fantastic range of creative playground equipment out there which can take a school playground or public play area to the next level and provides the perfect canvas from which role play can take ship. From pirate ships to castle themed play equipment, and wooden runaway trains to animal spring rockers, there’s a great choice available.

Props are a great way to bring make-believe to life – whether it’s with a cash register toy complete with coins and money for them to play shop; cups and saucers and plastic food items to allow them to whip up a tasty snack for others; or ride on cars, these types of props can make all the difference to role play for children.

Let’s not forget also that role play and creative play are quite simply great fun! Why consider improving existing equipment or adding new role play to your collection and allow children to learn through play in a fun and engaging way! 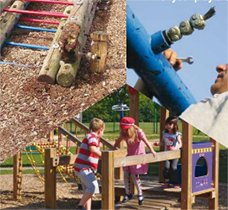 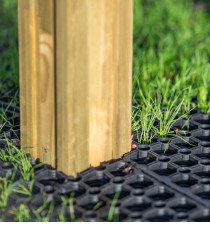 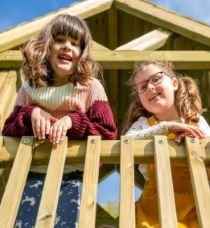